Samer grew up in Syria in the largest Palestinian refugee camp in the Middle East. In 2011, he is forced to join the Palestine Liberation Army in Syria, while the revolution explodes in Damascus. He starts filming and his friends also start recording all the pivotal moments of their day-to-day lives. What emerges little by little from a personal story, that of the film director, in the form of a haphazard diary, is the story of a group of friends, a neighbourhood, and a stateless people. Over the images taken on the fly in the army, overjoyed scenes of happy moments, testimonies of anger in the tumult of the demonstrations, wandering over arid land, in search of a non-existent way out, the film moves towards an ineluctable outcome. The story is intimate at first and naturally shifts to a more collective form as the fighting, departures and losses combine with the ruins of the Yarmouk district. War appears in all its absurdity, while these young people (protagonists of The Shebabs of Yarmouk, awarded at VdR 2013), who have lived in this country as foreigners, now suffer its murderous explosion. 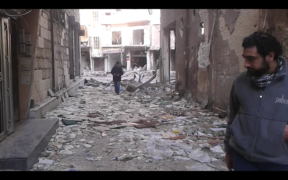 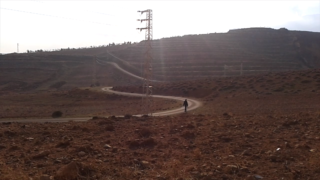