Once again evicted from their squats in Barcelona, two groups of Senegalese men float in an apparently endless existential drift. Unemployed, but also proud, they try desperately to make the best of what has been handed out to them. Facing the difficulties of their daily lives they stick together like living through the days and nights that overlap endlessly. Harassed unrelentingly by the cops patrolling the streets and also by citizens who believe that general Franco would have never allowed such unruly behaviour, they begin to realize that their European dream is maybe nothing more than a heap of illusions. Director Pierpaolo Verdecchi captures the rage but also the tenderness and the despair of men existing on the outskirts of society, with nothing on their hands but time and their bare lives, as they move on tirelessly like a lost tribe following a secret, unheard beat. Shot in a precise black and white style, stylish and observational, the film has the fierce pulse of a hip-hop song and the melancholic feeling of a reggae ballad. 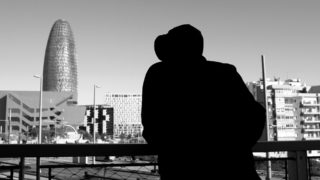 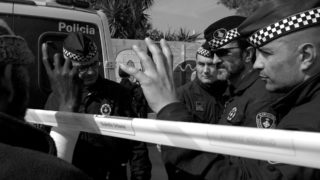