"The Mutan tree, well we say tree, but originally it’s a liana that uses the tree to climb. And its grasp ends up killing the tree." In Sarawak, one of the two Malaysian states on the island of Borneo, the Penan — who not that long ago were still nomads — are among the first to be affected by deforestation. Peng and Tepeket, hunter-storytellers, and Opo, guide, map out the route through the lavish jungle and the mystique of the indigenous people. This mystique is re-elaborated and updated considering the real combat being led against the programmed destruction of a landscape that gives their existence meaning — serving as a metaphor in which the foreign element is included to create a dialectic. A documentary thriller, BE'JAM BE the never ending song is testament to a modern forest guerrilla, whose men armed with blowpipes face bulldozers. 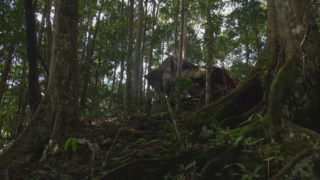 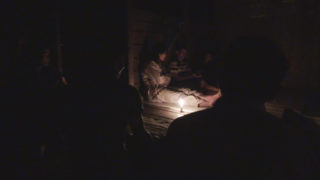