Polo has been roaming around Ouagadougou since childhood. He has grown up now. At 29, he is the eldest of a group who live from odd jobs and getting high. A harsh immersion in a reality as rough as the asphalt missing from the streets of Ouaga, The Koro of Bakoro, the Survivors of Faso is above all a view from the inside. Simplice Herman Ganou is as familiar as Polo and his gang with the streets where they live, trying to sell salvaged solar lamps that have been customised “with a flavour of Bakoro”. He had already trained his camera on this area, making Bakoroman (2012), a portrait of street teenagers. A few years have passed… And the subject now is no longer that of survival, but instead that of identity. In the street, you are nobody. “If I’d died in the uprisings of 2014, I’d have been put into a mass grave”; the quest that paces the film is thus one for identity. Polo heads to the village to search for his birth certificate, which perhaps serves as a metaphorical embodiment of a Burkina Faso orphaned since the death of Sankara and whose recent revolution leaves its children like castaways. 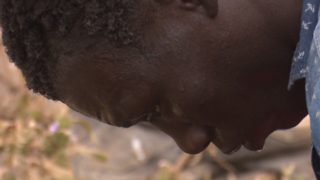 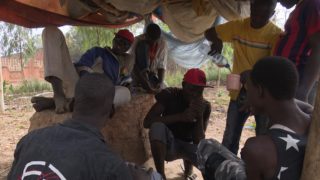