Caucasus. While labourers from Azerbaijan are working on the construction of a new high-speed train line intended to bring glory to future generations, in Armenia, a station master has been awaiting, idle, the return of the trains for 20 years beyond a closed border, in an abandoned depot. In a landscape whose light and colours are reminiscent of the atmosphere of a Western, the men at work are filmed in a suspended time frame, struggling with their economic needs and their dreams for a better future. The social and political situation of this territory is developing between two countries have a deeply troubled relationship but whose workers are in unison. Their harsh daily routine, filmed with a certain thoughtfulness, subtly reveals what makes it possible: moments of complicity. With wonderful sequences and an original narrative structure — fragments of magic appear through the editing (of images and sound) — All That Passes by Through a Window That Doesn’t Open seizes the history and the present of a world crossroads. 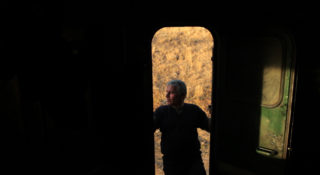 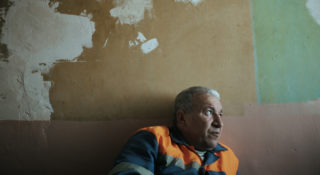