“Pine Ridge is so powerful. It’s really hard, really dire of course, people coming to our reservation all the time seeking poverty porn. And they wanna have the same poor, pitiful, pathetic, pissed-off Indian story.” In the studios of a local radio station, the guest, a folk singer, describes the image of the Indian reservation on which he lives. Pine Ridge, one of the 326 territories returned to the Native American communities in the United States and governed by specific laws, is known as one of the poorest. Here, the harsh realities of the life of a modern reservation, which are often relentless, risk impinging on the life of its inhabitants.

For his first film, the director Dan Girmus immerses himself with sensitivity and restraint, over a summer, in the day-to-day of two Lakota families living there. As everywhere, life follows its course, people get married, bring children into the world, and celebrate the 4th of July with fireworks. Far from any sensationalism or the search for archetypes, far from social or political analysis, Oyate brings its characters to life on the screen in total simplicity, in their very individuality. 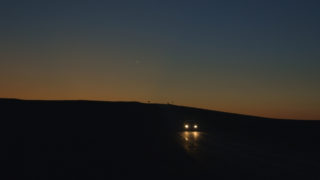 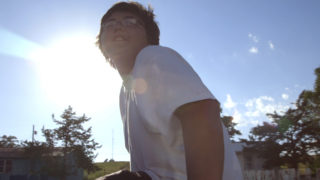