While his mother is fighting cancer, his sister announces that she is pregnant, and his father sets out to renovate the dining room, David Maye films. He films the intimacy of his family, the moments shared in the house that saw him grow up, between the vines of the Valais region, in the hollow of the mountains. The Sunday reunions, around his father’s cooking, the summer days in the flowering garden, together… He films, as if his camera could still hold back his family, keep it solid and close-knit, when everything is crumbling faced with the perspective of death.

And the family bond becomes visible, palpable: it is the wind blowing through the trees, it is the softness of the eiderdown, it is the mineral contact of some stones being stacked up… Through cinematographical materials, David Maye gives form to the unspeakable, like his sister who seeks to express what she felt at the announcement of her mother’s illness, physically, not mentally. Little by little, in the interstice of the time that remains, subtly, through the editing, he weaves and consolidates this link, like the precious heritage that his parents spent a whole life constructing. 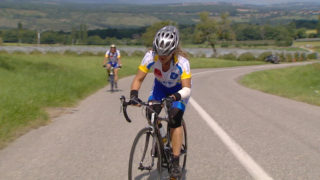 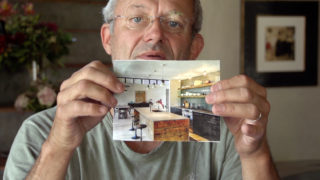