Dobropolye is a town located in Eastern Ukraine: 70 km from the border where conflicts with the breakaway republics are raging on and people feel always like being on the verge of total war. The sheer uncertainty about the future pushes folks to cling on to their daily habits while trying to get along with the ever-shifting political landscape. A wide array of wildly diversified characters try to cope as good as they can with the hardships in their town. A death metal band keeps rehearsing daily. A teacher guides visitors through the story of the city. The wonders of a vibrating armchair are tested as a tool against stress and anxiety. An elderly lady who has lost her son tries to talk some sense into her fellow citizens urging them to accept peace. Veronika Glasunowa and Lukasz Lakomy compose their shots framing carefully the people and the environment. There are no ideological or political statements in the film. The precise cinematic observation is a testimony to the dignity and resilience of people struggling against the nightmare of a never-ending conflict. 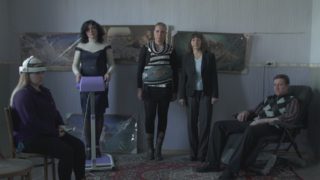 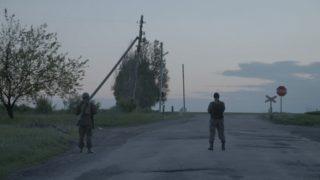