A village in Calabria. Three youths, three families, three social classes. The same unchanging condition of expectation, despair, and the pain of living. This has been Italy, the South, for over a century. With everything on hold, the camera captures, in an almost natural way, this reality composed of infinitely repeated gestures and words, where the only possible solution is the eternal one of emigration. Immersed in a melancholic atmosphere, in an impression of slowed-down time, the film follows a recurring cinematic motif, that of the end of summer —which also means the end of adolescence and the beginnings of adulthood, and abandoning the protective family environment to venture out into an unknown world. Late Summer offers itself to the spectator through the simple capturing of this reality, without needing to address it openly. It is enough for the film to manifest it, with an exceptional economy of representation. Everything is told with an extreme sensitivity and a rare, very modern, balance between documentary and fiction. 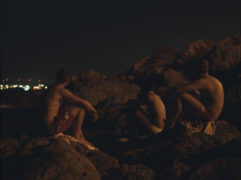 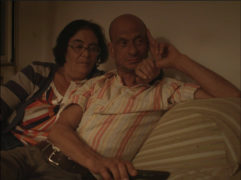