A farmer aged almost 90 years old lives with his cat on his farm, on the North German Baltic Sea. He has been looking after it by himself since his wife is gone, but time seems to be suspended in the house for even longer. Two filmmakers come to film him, with a camera without sound that is 60 years old, and above all to share the parcels of his daily life; the seasons that gently unfold, the traces of a youth than has now passed, a life made of non-events. A eulogy of delicacy. What the two directors show is in the realm of the invisible: the details of nature as it transforms, the textures of objects or of the cat’s hair, the familiar and sensitive relationship they have woven with the protagonist. As the reels are paraded, in black and white or in colour, sometimes black as they finish too promptly leaving only the sound, something appears. Undoubtedly her is a portrait of a farmer, of a humanity, which is impressionistic in its fragmentary form — notably because the camera must be wound every 24 seconds. 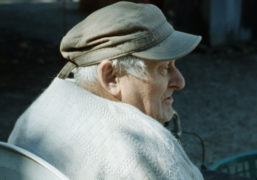 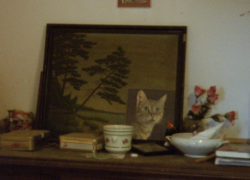