VdR–Industry Talks is a panel of discussions inviting various protagonists of the film industry to get together and exchange ideas and opinions around important issues. Always revolving around the latest burning questions in the field, the talks represent a crucial moment of confrontation and interaction, an opportunity to lay everything on the table and unfold the most urgent topics step by step.

Online Talk: How to play in the big league: Documentary productions at A-festivals and prestigious international festivals
Sunday 10.04 | 18:00-19:30

Given the essential role that the highly prestigious and A-list festivals play in the life of film productions, we invite festival representatives to discuss the programming of documentary films in their selections: what kind of decisions are involved, what is the potential for documentaries in the major festivals, and how do they interact with the rest of the program?

Since February 24, the war in Ukraine is also driven by the images that report or distort its reality. Every day, the unbearable is revealed to us, as shown by the latest revelations on the martyrdom of Boutcha. The Lithuanian filmmaker Mantas Kvedaravicius paid with his life, in Mariupol, where he was documenting the atrocities committed by the Russian forces” (tweet of the Lithuanian Ministry of Foreign Affairs). Even before the announcement of this terrible news, Visions du Réel decided to offer a platform to young Ukrainian filmmakers and producers who are currently standing alongside their compatriots under the Russian bombs, to reflect and debate with them on the possibility of resisting the ongoing onslaught with images that document it.

Morning Talk 1 : Staging in direct cinema
Sunday 10.04. 10.00-11.30am, Colombière
Nothing could be further from the truth than the notion of direct cinema, conceived as the ability of filmmakers to choose the right focal length, to place themselves at the right distance and press record at the right moment. Yet the old “cinéma vérité” now seems to be part of the collections of the imaginary museum of documentary practices, which have renewed their inspirations through the hybridity of forms. But if staging is no longer banished from the field of the documentary, in what cases does it impose itself?

Morning Talk 2 : The intimate side of reality: approaching politics from below ?
Monday 11.04 | 10.00-11.30am, Colombière
Recent societal dynamics have not ceased to give political expression to common personal experiences (whether the feminist movement or questions related to gender identity). Echoing this general movement, documentary films combine freedom of tone and form to bring the intimate (love, family…) to the public space of the cinema. Why do a growing number of contemporary filmmakers want to tell their stories politically?

Morning Talk 3 : The issue of territory
Tuesday 12.04 | 10.00-11.30 am, Colombière
The territory is not a landscape. It can be geographical, imaginary or mental. It imposes its physical immediacy, which nevertheless calls for the frame to grasp it. A territory contains multiple points of view, random paths easily lost. For the filmmaker, it constitutes a representation issue. But how do you tell the story of a place or a space?

Morning Talk 4 : Artists and documentaries practices : a field guide
Wednesday 13.04 | 10.00-11.30 am, Colombière
Faithful to its mission of disseminating new ideas of cinema, Visions du Réel explores artist films panorama of practices that enrich, stretch, challenge, deconstruct and reconstruct documentary film. If cinema has seduced the art world since its early years, artist films have never been so visible in the cinema landscape. But what is the path that leads artists toward cinema and what are their approaches to documentary cinema?

Morning Talk 5 : About casting: choosing characters to embody a story
Thursday 14.04 | 10.00-11.30 am, Colombière
The practice of casting, so common in fictional cinema, seems more problematic when it comes to filming reality, which seems far from the techniques of the Actor’s Studio or the Stanislavski method. It is, however, essential to a whole area of real cinema, as soon as “actors” are going to carry a story and embody it. Does the choice of characters come into play at the location scouting stage, the shooting stage? Unless those who are to become protagonists appear without warning on the editing table?

Two masters of non-fiction filmmaking have met and discussed in this panel session. One of them is working and living in the very country he questions, the other one is forced to live in exile because of his positions and films. A conversation with two filmmakers in resistance.

In light of the reflections we initiated in 2020 on the different alternatives that festivals have chosen to undertake under corona-times (namely festivals going online, cancellations, and postponements), we aimed to gather some prestigious festival representatives alongside further market players to consider what happened in the past 12 months, what kind of decisions were made, and which effects they had. The Festival Directors of major festivals of the beginning of 2021 – i.e. Sundance Film Festival and the Berlinale – have met with important sales and distribution representatives in order to understand the role of festivals in today’s market strategies.

A panel focused on the situation that filmmakers are facing now and might have to deal with in the near future. The discussion has been specifically focused on the work, the shooting conditions, the changes and adjustments needed. How can filmmakers adapt (or not) to new realities? Filmmakers, directors and producers are exchanging on these topics. 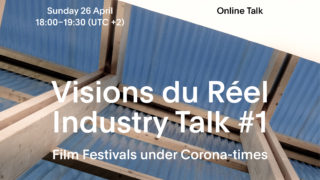 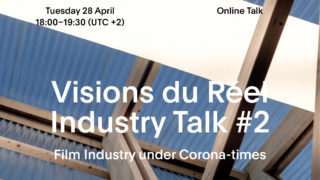 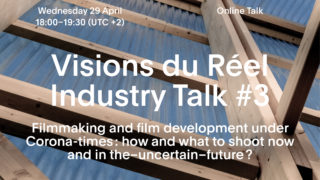