The film by which Audrius Stonys immediately received attention at the beginning of the 1990s is impossible to summarise, other than by speaking about the unique world of dreams or that of free association. He depicts two blind people: an old woman, whose silver hair is wreathed by the photography in paradoxical blonde, who makes the same journey between her home and the stable every day; a man, scarcely younger, crossing an abandoned industrial landscape to pull himself up to the summit of a hill on board an improbable pedal-operated vehicle. The third main protagonist is a cow, which is waiting, without knowing, but probably guessing, for the abattoir. The soundtrack is full of holes, silences, distant rustlings of the real. Earth of the Blind is a soft collision of sequences that are independent from each other but that manage to create from start to finish a metaphysical conversation that goes beyond words. The “earth” of Audrius Stonys is film, the only art that lets us see the inner world of beings, men or animals, as the blind spots of their reality. 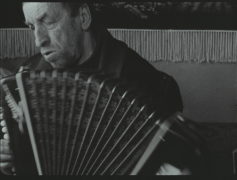 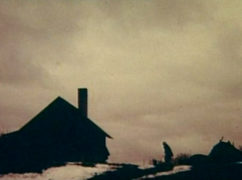