The start of the film: we hear a nurse in the process of putting a man onto life support. Who is he? The name engraved on a headstone in the next shot? Setting off in the footsteps of Augustinas Baltrusaitis, a renowned Lithuanian director of the Soviet era, Audrius Stonys leads us towards this reverse investigation into an erasure and the traps of memory: the disappeared filmmaker’s friends don’t even know if Baltrusaitis is still alive, because he was removed from the film industry for political reasons. A man and an era have gone. However, Stonys finds him again, at the end of his days, living in a hospice, a humble man among humble people — when asked, one of his “neighbours” claims moreover that he is just an “invalid, like all of us”. It’s one of his neighbours who leads him to the minuscule bedroom, home to his deposed alter-ego, who appears, silent and poignant asking if the noise of the clock is “disturbing? ” This lucid outsider regrets nothing of his past life. He is free, “even here”. Before disappearing once again into a cloud of smoke and the darkness of a reel arriving at its last breath.
Emmanuel Chicon 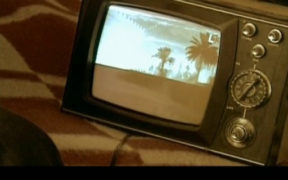 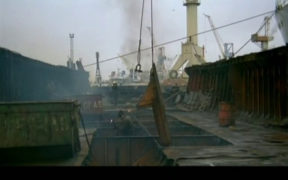 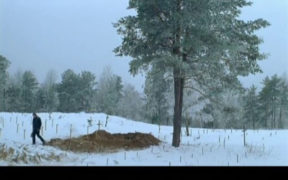