Gates of the Lamb is an atypical film in the work of Audrius Stonys. Firstly, because it was initiated by a Lithuanian cleric, Gediminas Numgaudis, who even entirely produced it outside traditional funding circuits, thanks to the “crowdfunding” of the faithful. Then, because the filmmaker has widened his habitual “sphere of action” (a character or a human microcosm filmed in a single unique place or territory) to explore, in addition to Lithuania, other areas. In particular, Israel and Jordan, so as to find the first Christian baptisteries in old cities abandoned to the sands of the desert, but also some parts of the North American continent where the practice of baptism still happens as it was instigated by John the Baptist on the banks of the River Jordan. It is therefore the persistence of a centuries-old sacrament that Stonys’ camera seizes in these places, like the few minutes that precede the symbolic entry of the body into the Christian “family”. Between innocence and rapture, the faces of the children and adults tell the secret history of a moment of eternity. 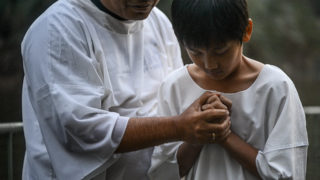 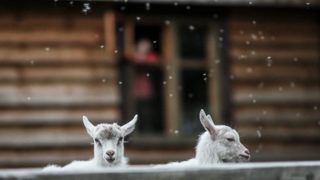