Alone (a prize-winner at Visions du Réel in 2001) is a film whose power appears inversely proportional to the simplicity of its approach: a filmmaking team, which appears on screen several times, particularly in the opening sequence, accompany a child when she goes to visit her mother in prison, in three steps: the outward journey, their meeting, and the return journey. A film shoot without “manipulation” in the sense that the director filmed things as they happened, during this dull morning, and moreover kept any setbacks in the editing: a car breaking down or...the child and the camera operator changing places in order to get a better image. This is the precise ethical point questioned by Stonys in a reflexive form that endeavours to represent a child in a specific situation that leads him to reveal all of the conditions of this representation: to what extent can one interfere in someone’s distress? The filmmaker responds via the final sequence, summoning the invisible to treat, like a miracle-maker, the infinite solitude that he has just shared with us.
Emmanuel Chicon 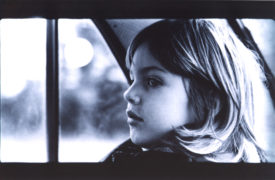 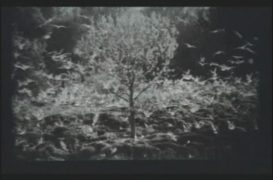 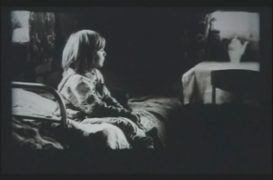