Car races, planes and airports, men and women waiting, an eagle in flight, a bison in the fog. Sustained music and silence. Analogical editing, without words, orchestrates it all. The encounter between electronic sonorities and images frozen in a vacuum creates an anxiety-inducing and hypnotic rhythm. Facing this suspended world, we take in fully the necessity of the distance that characterises Gagnon’s films; and also our case. We would like to be part of this reality which we observe and judge from afar. We would like to change it. But “homo faber” is now merely an expression of past. The machine is now directing humanity, dictating speed and concern. In the free association of images, the body language says more than the words. The gazes towards an invisible out-of-shot, the shot without reverse shot, says that we are lost, encircled by needs that escape us, by the laws of the market, by the ideology of control, by the supremacy of machines in the time- work-profit ratio. There is no pain. Just an anaesthesia of the spirit. 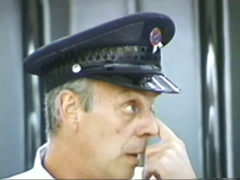 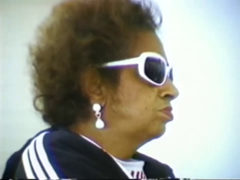