“My anger protects me!” Sat in his car, with a long beard and dishevelled hair, Joetalk100 talks to the camera. He has just got out of prison. He has diabetes. He keeps drinking cold coffee and smoking ciggies. A product of Italian immigration to the United States, he makes videos in which he expresses his indignation at the country’s downward spiral. His replies and the reactions of web users follow each other onscreen in anxious respiration. The need for money is what causes an interminable diatribe against politics, financial power and the new world order. The filmmaker who, in his previous films taken from the web, chose the horizontality of the masses, here chooses the vertical depth of a soul. A pressure-cooker on the point of exploding, Joe talks, surrounded by comments which, like the chorus of a classic tragedy, accompany him towards his destiny. Someone writes to him: “Maybe you just need a hug”. Gagnon, curious and amused, observes his ques- tioning. Moreover, as the character of High Speed said: “Asking questions is a sign of intelligence.”
Luciano Barisone 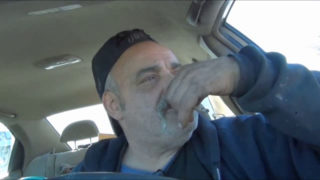 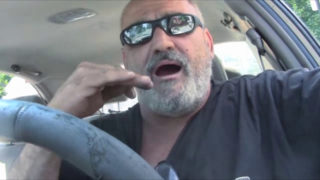