A man appears onscreen, announcing the end of the patriarchy and the coming of the matriarchy in the United States. Immediately afterwards comes a parade of women. They are in distress. They are afraid. They evoke terrible images of the future. Like the men of RIP in Pieces America, they are haunted by paranoid fantasies and move quickly from smiling calm to visionary hysteria. Some of them are accumulating arms and provisions, another disguises herself as a zombie, another shaves her head and plunges into a depression, another creates vegetable gardens inside the house, carried along by a dream of self-sufficiency, while another methodically plans a self-defence and survival strategy… All are full of rage, fiercely showing their rifles, training in the woods and calling for an uprising. The rhythm of speech on camera is urgent. Sometimes the situations reveal tragi-comic aspects… With the second part of a series devoted to an invisible United States, Gagnon draws a portrait of the demons that perturb the anonymous American masses, somewhere between provocation and human solidarity. 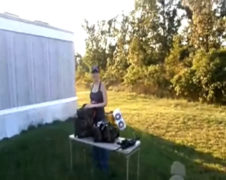 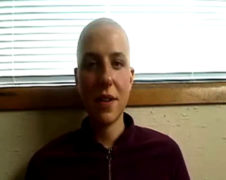