A new world order, control systems, the financial markets, the collapse of the economy, survival, hatred of politics, the Bible and the Constitution, Christian fundamentalism, instructions for insurrection, rebel songs... Through blurred images, masked or disguised, angry men talk to the camera: they dis- trust their government, they are armed and they rant. A relentless web user, Dominic Gagnon is aware that these anonymous clips posted on YouTube could be considered inappropriate by anyone and consequently deleted. He starts taking an interest in them, downloading them, saving them in the name of an archaeology of the web, organising them in an organic discourse that relies on the numerous analogies that bring them together. The result is an overwhelming and unknown portrait of the United States, a subversive and wild walk that mixes old prejudices and new angers, suppressed fears and paranoid fantasies, wacky funny stories and lucid assessments of the future. Towards the end, someone sings: “Goodbye love, goodbye happiness... hello loneliness...” 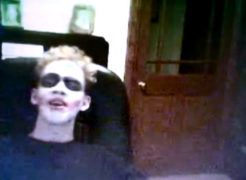 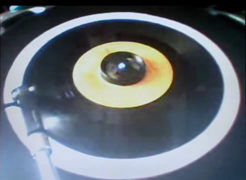