Foreign Affairs is admittedly Pasha Rafiy’s first film but his work as a pho- tographer has already revealed his attention to detail in the environment of the personalities whose portraits he takes. In this film, the precision of the framing and the meticulous con- struction of each shot illuminate the vacuum surrounding Jean Asselborn, Luxembourg’s Minister of Foreign and European Affairs. Whether in the solitude of an impersonal hotel room at the other side of the world, in the safe rigour of the protocol for welcoming a European diplomat or in the whiteness of the Minister’s impeccable dining room, Rafiy observes at a distance and seeks to bring out flashes of life in the coldness of the ultra-planned schedule of Luxembourg’s most beloved minister. Rather than attacking the speech that is the traditional representation of the body politic in the media, he gives us access to what is habitually hidden and what is often fantasised. Words are thus relegated to the background and the Minister’s daily life, as the other side of the setting, reveals the strangeness of his affairs, as well as of the morals of diplomacy.
Madeline Robert 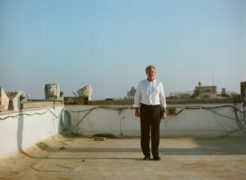 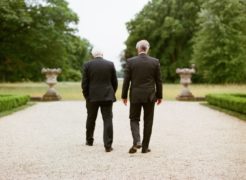