A labourer, who is working on the construction of the largest prison in Uruguay, leads a double life. With a certain regularity, he crosses the bor- der with Brazil to go to see “another” family. In the two countries, he is a tire- less worker and takes great care of his loved ones. But he is haunted by guilt, realising that he is a prisoner of his own lies. He plans to finally tell the people he loves the truth... The film relies on the precise wandering of the camera, which closely follows its protagonist, and on edgy editing, which accom- panies the almost incessant physical activity, and which finally settles down when it reveals the torment that inhabits the body at work. This is the point at which the film unveils emotion that was until then impalpable and hence- forth becomes increasingly strong, until the “conclusion” of the story. An “invisible” camera, a complicit observation, an appropriate distance, which at times uses music. A film that could be a fic- tion... if it were not a true story.
Luciano Barisone 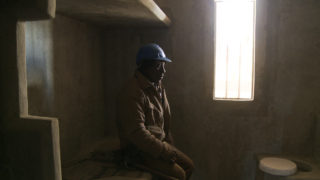 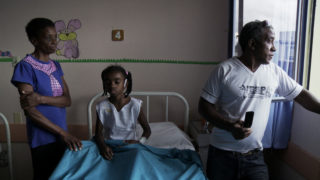