In Parchim, in northern Germany, a former military airport attracts the interest of a Chinese investor. Mr Pang has big ideas: he imagines an airport of international significance with shopping centres, hotels, leisure parks, thousands of jobs, millions of customers and big profits. But while he holds meetings around the world to convince political representatives and potential investors, the land continues to be a delight to wild hares.

Parchim International baits the culture shock only in order to question it. In a time of globalisation, the film does not play so much on cultural differences as on the clash between two worlds: that of business and that of the social fabric. Between the two, the verbal and body language is not the same, and the promises of growth do not really seem to interest the local inhabitants. The absurdity of the situation is revealed through amused observation. Without seeming to even touch on it, this documentary comedy delivers an acerbic commentary on global neo-liberalism. 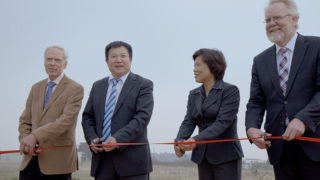 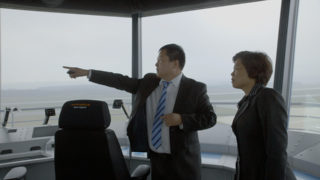