From the window of this apartment, we observe principally the vestiges of the Officine Meccaniche Reggiane company, a European rail industry empire, today ruined. But in mapping this territory, stretching between the Milan-Bologna motorway and the Reggio d’Émilie railway lines, the directors have not captured the post-industrial nostalgia, but rather the life that has successfully found its way into this place. An environment is gradually sketched out, seeming familiar to us as it consists of elements shared by these non-places, between industrial wasteland and residential area, with its crossroads and passages. The film then constructs a neutral impersonal space in which everyone appears to have the freedom to exist as they wish, as long they can make the site their own.

Filming in the form of tableaux thus transforms the work of meticulous observation into a discovery of what we do not see. Between the film’s shots lies everything that is not shown, while the editing allows a glimpse into a geographical, social and temporal system whose complexity goes way beyond this local space. 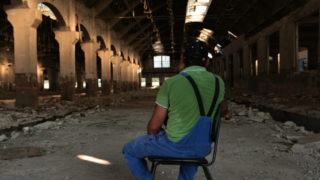 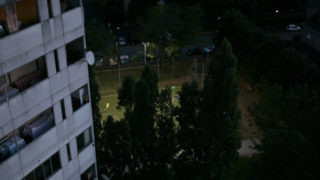