Peter Entell has been almost compulsively filming his father Max for years. Max is a cheerful man, a hug addict, who suggests to his son that he direct a film about old age called “It’s Fun to Be Old”. Getting Old Stinks is a moving filmed letter taking the form of an imaginary correspondence with the director’s absent mother, of whom all that is left are some photographs.

Peter Entell creates a moving filmed letter, an imaginary correspondence with his absent mother, of whom all that is left are some photographs. He simultaneously drafts a declaration of love to his father, an endearing man addicted to chocolate and hugs, an old man whose smiling face makes the world a better place. Shot over 15 years of an everyday life full of family rituals, the film delicately shows the process by which images, memories and even first names can be erased. In this race against the clock, the filmmaker reconstructs the story of a family saga, a window onto a century, from his immigrant father’s arrival on Ellis Island to his mother’s admission to university, a family first. This intimate account finally sends us to the other side of the camera: after filming his father for 15 years, and waiting for the same period of time to come back to this material, the director finds himself face to face with the man in the mirror, holding a camera, his face marked by time, suddenly obsessed with the meaning and purpose of life. A film can say “I love you so!”.

Filmmakers or researchers from UNIL will take you on a walk through the streets of Nyon to delve into and deepen your appreciation of this film’s subject. Balade thématique – Mon père ce héros 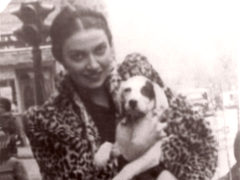 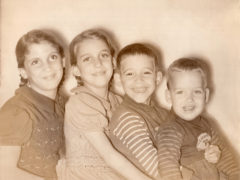