During the San Fermín celebrations in Pamplona in 1969, a man died when the bulls were let loose. There was nothing to identify him, except for the letter “H” on his keyring. Carlos Pardo Ros imagines this man’s last night: a drunken nocturnal stroll with the ghosts of H, at one of the world’s biggest folk festivals.

12 July 1969, at the San Fermín festival in Pamplona. The town is buzzing with excitement to celebrate its patron saint, an event where almost a million people, all traditionally dressed in red and white, gather every night. At dawn, when the bulls are released, a man dies, gored by one of the beasts. There is nothing to identify him, except for the letter H on his keyring. A distinctive sign: that night, he is dressed in blue. The director uses this miscellaneous news item to dream up this man's last night. To do this, he plunges several ghosts of H, dressed in blue, into the heart of today’s festival. These actors wander through the streets, surrounded by orchestras and dances, going from one drinking session to the next, trying amongst the crowd to let out a cry from the heart in the twilight of a life. Filmed on mobile phones by several teams, H is an alcohol-fuelled ramble deep into the night; a sensory, almost anthropological documentary at one of the world's largest folk festivals. 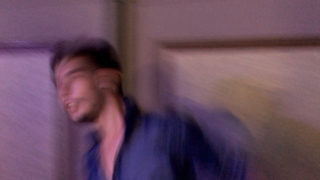 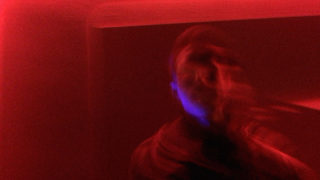