As he turns thirty, a penniless young man is overwhelmed with artistic doubt. In order to forget a recent break-up, his slim figure drifts aimlessly through the streets of Taipei, buzzing with the rumours of the autumn 2019 general elections. Wang Chun-Hong has composed a bewitching piece of documentary autofiction, enhanced by a glossy black and white.

In the foreground, a hazy silhouette, shot from behind, watches a plane take off. It is that of a young man who, as he turns thirty, experiences existential confusion. He works in a photo studio to make ends meet but spends most of his time shut away in his cramped apartment writing a script, and especially walking his slim body around the district of Wanhua, a kind of urban industrial wasteland under construction nestling between the motorway interchanges of Taipei. Another character, a woman, also wanders the streets of the capital, before leaving an island that is getting ready to choose its future leaders during the presidential elections of January 2020, which will be decisive for the future of relations between Taiwan and China. However, the political deadline is merely a setting without influence over the two protagonists of Far Away Eyes, who drift, like lonely and melancholic stars, in the mental landscape of their past love affair. With this first film, the young Taiwanese filmmaker Wang Chun-Hong composes a bewitching autofiction in black and white, shot through with generational uneasiness. 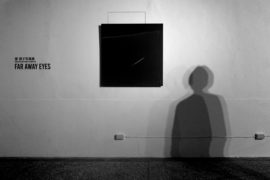 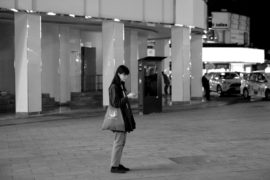 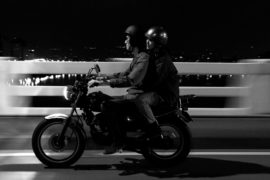 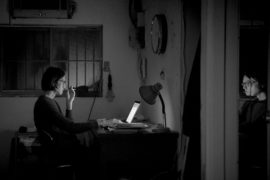