In a small town, a documentary shoot takes a turn at the same time as the life of its protagonist, whose residency permit is revoked by the French State. Zohra Hamadi must consequently disappear, become invisible and inaudible. Choosing to use fiction to convey violence and absurdity, Philip Scheffner (Atelier VdR 2018) delivers a powerful political film.

A bus stop, a town square, a few blocks of houses in the suburb of a small French town, in Chatellerault. Zohra Hamadi, an Algerian citizen, can stand upright thanks to several metal rods, and now seems free of her debilitating scoliosis – the very reason for her immigration to France. By a twist of fate, this same recovery leads to her residence permit being revoked by the French State: she must consequently disappear, become invisible and inaudible. Choosing to make what he describes as State-coerced fiction, Philip Scheffner (to whom an Atelier was dedicated in 2018) abandons the documentary project he had begun and invents a scenario and a form to convey the violence and absurdity of this situation: Rhim Ibrir – whose story this is, and who had already taken part in one of the filmmaker’s previous films, Havarie – plays the main role, drawing from her own traumas. Via a simple and ingenious device that consists in particular of isolating the protagonist in the frame, the German filmmaker delivers a powerful political film. 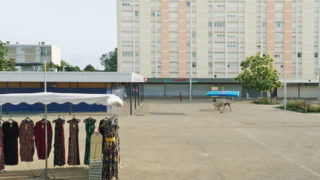 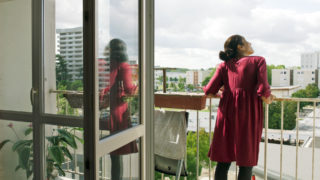 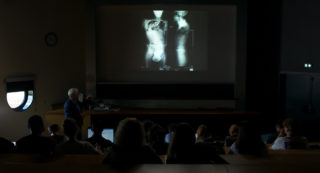 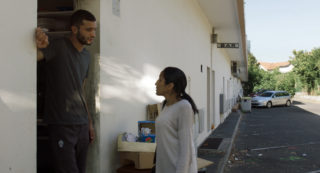