“In terms of politics, we haven’t understood anything. But musically, I think we have understood something.” This phrase that Fatoumata Diawara throws at Ahmed Ag Kaedi under the soft light of Bamako sums up her point of view on the situation in Mali, a country in which music was banned after Islamists took control of the north.
Fatoumata Diawara and Ahmed Ag Kaedi as well as Bassekou Kouyaté and Master Soumy... Mali Blues goes to meet these important musicians and collect their words about the political situation, about the importance of music for the body and the spirit, and as a unifying element. But beyond the speech, the film shows their art, in cinematographic scenes or filmed concerts. The incredible richness and liveliness of the Malian musical scene is drawn out at the crossroads of these portraits, and some long tracking shots let the landscapes scroll by as if observed from a bus window, headphones fixed firmly on ears.
Mourad Moussa 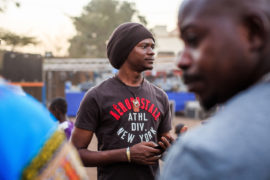 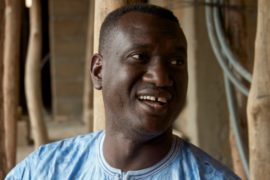