Janne Suhonen and Antti Apunen, two cave divers, met Juan Reina in 2010, after the publication of their book relat- ing the exploration of the flooded caves under the city of Budapest. Convinced that the practitioners of this particularly dangerous sport/hobby are among the last explorers on earth, the filmmaker meets a group of Finns preparing to attempt a new record during a dive in a Norwegian cave. Things go wrong and the film then changes completely. The authorities close the perimeter of an accident that cost the lives of two divers, and abandon all efforts at recovering the bodies that are stuck in a tunnel a few hundred metres underground. Although they are traumatised by the deaths of their friends, the three survi- vors decide to do so themselves. Such is the intrigue of Diving into the Unknown, which follows this high-risk secret operation step by step. Paced by impressive diving sequences, this documentary thriller distils real dread while questioning the sense of an undertaking and a passion that are difficult to comprehend with mere tools of reason. 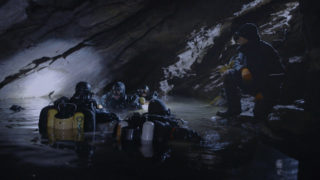 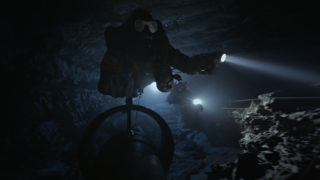