An inside look at the PKK Kurdish guerrillas. Between scenes of training and daily life, the speech reveals the intimate and political motivations of the fighters’ commitment. How have these members lived, outside in the aridity of the mountains for over 40 years? What is their conception of the State, of justice and authority?

An eminently political film, it illustrates questions of claiming a territory, the foundation of an independent state and military strategies, but also questions of liberty and individual emancipation, notably for women.

North was withdrawn from competition at the Istanbul Film Festival in 2015 following the intervention of the Turkish Minister for Culture. For the rarity of its viewpoint, it constitutes a document that is as exceptional as is it essential. 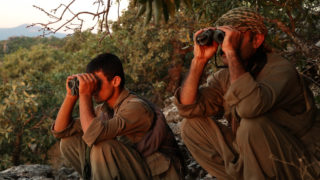 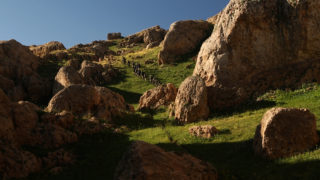