Di is 12 years old and lives in the mountains of Northern Vietnam. With her family, she awaits the festivities of the Lunar New Year, during which Hmong men kidnap young girls so they can marry them. In attempting to understand this ritual from another time, the filmmaker Hà Lệ Diễm is torn between respect for a culture and the violence of a tradition.

The Hmong are one of Vietnam’s largest ethnic minorities. Originally from China, they live in the mountainous regions in the north of the country, with an inheritance of patriarchal traditions. During the Lunar New Year festivities, the Hmong men kidnap young girls to then perform marriages, thus bringing their childhood to an abrupt end. An intuitive filmmaker, lost in a language that is not her own, the young director Hà Lệ Diễm ends up creating a bond of friendship with Di – a 12-year-old girl open to the modernity of the world – whom she filmed for three years, in the knowledge that she risked losing her one day. She closely observes this world permeated by fog – which would be a poetic image if it did not foreshadow a curse, a plunge in which the violence and pain linked to certain rites become unbearable for us. In this first film, presented as part of the international competition at the last International Documentary Film Festival Amsterdam, Hà Lệ Diễm casts a sensitive gaze over the world of childhood.
Javier Martín 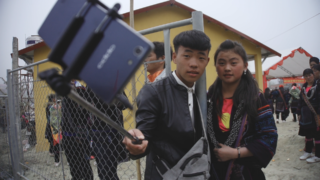 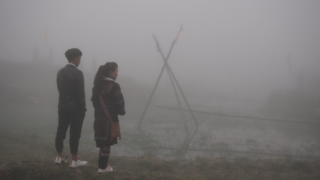