Places. People. Songs sung like a liberation, fragments of happiness, memories that are sometimes funny, sometimes painful. These moments of life are captured on camera during karaoke performances throughout the Finnish landscape. Joy and melancholy merge in this film’s friendly approach, which will leave a lasting impression on its audience.

A slow camera movement plunges the spectator into Finnish landscapes composed of towns and countryside. Voice-overs introduce us to the setting just before the opening credits: the karaoke begins. The singers are people of various ages, in search of their lost halcyon days: the owner of a karaoke bar; a mechanic known as “the wild beast of the forest”; a builder; a woman with Parkinson’s disease; a woman who organises concerts; and another who has just lost her daughter. Their faces and bodies express the joy of the here and now. Someone says: “It’s a way of life, not a job!” The lyrics speak to fragments of life. Happy and sad stories alternate. There are moments of profound emotion. The music, the songs and the encounters with other human beings are the secret weapons of this film, which leaves a lasting impression on its audience. Finland, when told from the point of view of solitude, is not so far from the rest of the world! 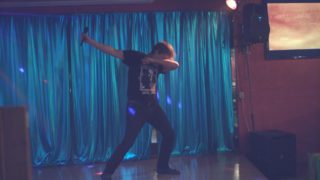