A troubling dive into the AfD political party, a branch of the populist right in Germany. Comprising six chapters, the film is an enlightening document about political mysteries, although without succumbing to Manichaeism. Simon Bruckner’s camera observes without intervention, attempting to capture the complexity of the contemporary socio-economic and health slump.

“Do we really want to have this discussion in front of the camera?” asks a member of the political party Afd (Alternative for Germany), visibly worried about revealing what is said during a meeting of the German populist right party. The documentary plays out like a spy film; a sentiment of unease grips us, as does an untoward impression of witnessing confidential conversations. The substance of the discussions is nothing revolutionary, but conservative ideas are rehashed (often with an alcoholic drink) and the members withdrawn. Simon Bruckner weaves his way into the far right party from 2019 until the 2021 general elections, circulating through its offices, and even in the street in order to follow the campaigners during the health crisis; conspiracy theories thus intertwine with the dialogue and complicate the political issues. The filmmaking here is carried out at a distance - reminiscent of the American documentary maker Frederick Wiseman - leaving the words to flow, as contradictory as they may be. The film’s strength lies in its moderation and its constant search for nuance. 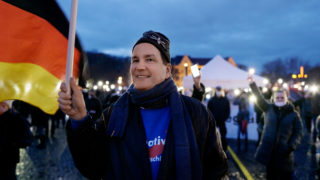 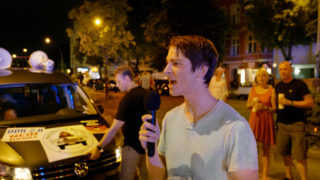