On the frozen borders of Greenland, three daring and committed glaciologists explore the ice core to answer one of the most pressing questions of our times: how fast is the ice sheet melting? Into the Ice is an enlightening adventure, a scientific film about one of the greatest challenges of the not-so distant future: the inevitable rise in sea levels.

On the frozen borders of Greenland, Jason Box, Dorthe Dahl-Jensen and Alun Hubbard probe the core of the ice. They are renowned glaciologists, pioneers in field investigations of our ice sheet. Each in their own way, these daring and passionate adventurers are trying to answer some of the most pressing questions of our times: exactly how fast is the ice sheet melting, and what will be the consequences for the rising sea levels? The filmmaker Lars Ostenfeld accompanies the three scientists on their pioneering explorations into the heart of the glacier “mills” - these sprawling ice wells hollowed out by the water and sometimes up to 200 metres deep - even in the midst of polar storms. Yet while the data gathered shows evidence of an alarming scenario, are the powers that be ready to act? Into the Ice sets off to discover these ice masses which, when studied, can reveal to us the secrets of the not-so distant future, when the face of the Earth will be decidedly different.
Aurélien Marsais 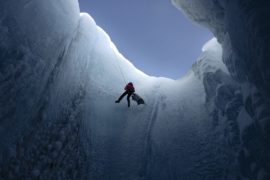 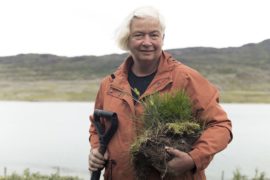