Narrated in first person by Alessandro Rossellini, grandson of renowned Italian filmmaker Roberto Rossellini, the film digs into the past to raise intimate questions and to reflect on the different parts the family members played in it. It manages to articulate past with present in order to celebrate life, family, diversity, cinema and cultural heritage.

The film opens with a film archive of great significance: the funeral of the great filmmaker Roberto Rossellini, father of Italian neorealism, attended by his family and courted by a crowd in the city of Rome, in 1977. The end of an era, for cinema as well as for the family. The film’s starting point also serves as an anchor to look back and review the complex Rossellini family life, which notably involved one of the most emblematic couples in the history of cinema, that of Ingrid Bergman and Roberto Rossellini; the film also looks forward, presenting the difficulties faced by this dynasty, in the path that each member of the family has taken. Narrated in the first person by Alessandro Rossellini, Roberto’s grandson, who manages to elaborate on the inter-relationships and the connections to their own cultural and family heritage from within, including a precious conversation with Isabella Rossellini, who shines offstage not only thanks to her beauty, but also her intelligence and sharpness of mind. Ultimately, the film celebrates life, family and art in a big Rossellini reunion that turns into an emotional act of reconciliation. 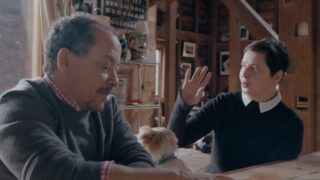 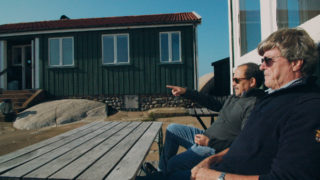