Alli seems drawn straight out of a Tolkien novel. Sat a table with his friends, he comments on what is going on in the world, eating the famous lobster soup of the Bryggjan Café, which he founded with his brother Krilli in Grindavik, Iceland. But passing tourists, enchanted by the atmosphere of the place, end up arousing the greed of investors, for whom authenticity must be synonymous with profitability.

Nothing much used to happen in Grindavik, a small fishing port in southern Iceland, until two brothers, Krilli and Alli, founded the Bryggjan Cafe there. The former takes care of the catering, particularly the preparation of a renowned lobster soup, while the latter, a sort of Nordic entertainer—with a physical appearance straight out of a Tolkien novel—holds court with a circle of retired fishermen, whose members include the famous “last boxer” in the country and the Icelandic translator of Don Quixote, and organises “cultural events” (poetry readings, concerts, etc.). Pepe Andreu and Rafa Molés mischievously film a gallery of larger-than-life characters, whose peace is increasingly disturbed by tourists stopping off, on their return from the neighbouring Blue Lagoon, in their refuge, which ends up by arousing the greed of investors eager to find out why this place in the middle of nowhere has earned 5 stars on Trip Advisor. Lobster Soup narrates, with overtones of a Scandinavian-style offbeat documentary comedy, the misadventures of a community that has fallen “victim” to its own authenticity. 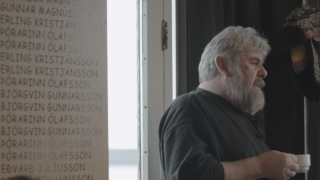 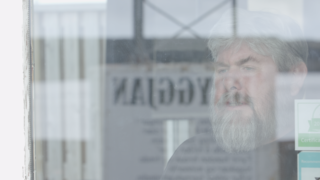