Aged 15, Alexis is one of the promising dancers at the Cuban National Ballet School. When his parents decide to move to Florida, the young prodigy, determined to continue his training, comes up against the harshness of American teaching methods and his feelings of uprootedness. A documentary Billy Elliot illuminated by the grace and energy of its hero.

With his angel face and slender body, 15-year-old Alexis lives through and for dance. He is one of the promising talents at the Cuban National Ballet School. The camera of Roberto Salinas follows the young prodigy with communicative pleasure, as he performs, improvising chassés and leaps with his partner and girlfriend Yelenia in the golden light of Havana’s streets. However, the teenager’s life is shaken up when his parents move to Florida to be closer to his sister. Forced to leave his native island and all those dear to him, Alexis must face a difficult period. Cut off from his roots, unable to speak the language, lonely but accepted in the prestigious Harid Conservatory in Boca Raton, the young man will have to question his “Cuban style” before the intransigence of American teaching methods, pushed by a family whose financial sacrifices allow him to continue to live his passion. Cuban Dancer, a film illuminated by the grace and energy of its hero, is to the documentary form what Billy Elliot is to fiction. 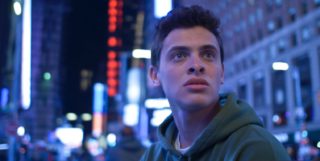