In Brazil, the homeland of the Yanomami population is under the threat from gold prospectors. Davi Kopenawa, a shaman and leader of the community, as well as the film’s co-writer, fights to preserve the land for the Yanomami’s future generations. Set in a luxuriant jungle where myth and reality blend together, The Last Forest is a real lesson on the meaning of resistance.

The Last Forest is set in the North-Eastern part of Brazil, where luxuriant jungles and sinuous rivers cover the territory up to the border with Venezuela. This lavishing land is home to the Yanomami people. Since gold was first found there, the Yanomami have been threatened and persecuted by prospectors who have readily committed ferocious crimes to get possession of the land over the years. Despite the fact that their right to occupy the land is recognized by Brazilian law, the white man’s greed, endorsed by the current Brazilian government, endangers the very existence of the community. What starts as a film on the daily life of an indigenous people gradually becomes an immersion in the myths and beliefs of an ancient culture, in which evil and benevolent spirits battle against each other and dreams hide clues to resolve mysteries. With meticulous camera work and the participation of the whole village, Luiz Bolognesi embraces the beauty and strength of a self-aware people fighting for its survival. Co-written by the shaman Davi Kopenawa Yanomami, The Last Forest is a modern version of David vs Goliath and a unique opportunity to learn the true meaning of the word “Important”. 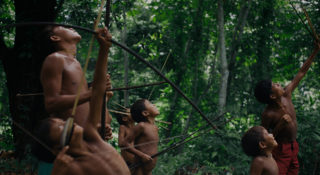 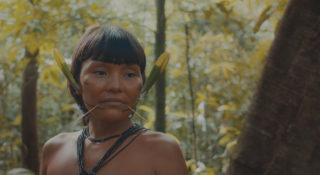