Even though the images were shot before a large part of the world was petrified by the pandemic in the spring of 2020, the new film by Sebastian Mez (Metamorphosen, VdR 2013) inevitably refers to it. Consisting of a series of static shots emptied of all living presence, The Great Void looks without blinking, no more, no less, at the agony of our civilisation.

On a mysterious crackling magnetic tape, a “viewer” discovers shaky, low-definition images, which seem to have been shot during a moon landing. It is as if we had just landed on another planet, the desert—or rather deserted—landscapes of which, filmed in static shots, seem nonetheless familiar to us and encircled by a worry-ing strangeness. Traces of the past remain: rusty machines, pylons, human artefacts that multiply as the cameraman approaches what were towns, now plunged into absolute and silent desolation. Although Sebastian Mez (Metamorphosen, VdR 2013) shot the images of his new film before the pandemic that immobilised a large part of the world last spring, The Great Void is inevitably enshrined within the dystopic imagination disseminated across consciences by this global event. Composing a series of magnificently framed scenes, emptied of all living presence, the German filmmaker observes without blinking the agony of our civilisation. No more, no less. 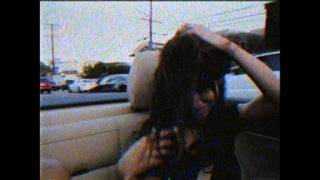 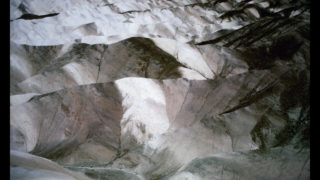