Ahmet “Ronin” Simsek is a young Austrian champion boxer from a Turkish family. However, his concerns go far beyond the ring- side. A military paramedic, he trains rigorously to serve his country, but it is the world of theatre that has recently aroused his interest. Is it really possible to access this methodical and singular man whose identity seems to be always under construction?

One night, a hyena came across a crocodile. "How are you spending the day, Lord?". "Very badly", replied the crocodile. “Sometimes, in my pain and sadness, I cry. They are crocodile tears, they say, and that hurts me much more than I could say.” The words of Lebanese American poet Gibran Kahlil Gibran not only open the story of Ahmet “Ronin” Simsek but they resonate throughout the entire film. What is this unusual boxing champion looking for in the military forces and in the world of theatre? What is his relationship with his family, of Turkish origin, that insist he should marry and have children? With musicality, beauty and delicate caution, Jannis Lenz’s camera follows the soldier Ahmet inside the barracks, in the demanding boxing training and during his rehearsals, playing a Stanley Kowalski unable to let himself be carried away by his passions. It is clear that Ahmet, methodical and persistent in all his activities, cannot give himself room for emotions. Or perhaps, like the crocodile in the fable, his tears, unable to run through his eyes, merely go unnoticed. 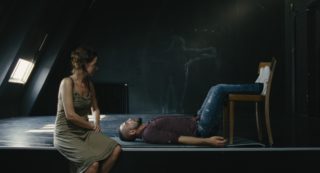 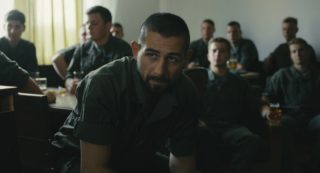