The Chinese metropolis of Lanzhou lies along the Yellow River. Over a four-year period, the director Yuan Zheng follows the traces that could have been left by the works on the river, undertaken in the 1950s. But strangely, nothing seems to remain of this large upheaval and the population, suffering from a general amnesia, continue with their lives.

The metropolis of Lanzhou, native city of director Yuan Zheng, lies along the Yellow River. Over a four-year period, he attempted to film the signs left by the works undertaken on the river in the 1950s by Chairman Mao. Presented as a national feat in the official History books, these transformations are still perceived as a catastrophe by some. A Yellow River that is no longer yellow, rivers reduced to streaks of dirty and pestilent water, with considerable environmental damage and irreversible climate change. But, in a quest which takes a unexpected post-apocalyptic fictional turn, Yuan Zheng comes up against a form of general amnesia with which the inhabitants are struck: in Lanzhou, people continue with their life and its mundanities, and build colossal buildings using “trans-contemporary” architecture. The director, even while employing free and heady editing, moving from black-and-white to colour, cannot recover the traces of the catastrophe. It is as if it had all been forgotten. And what if this were to be repeated in the not-so distant future, post-pandemic?

Q&A After the Flood | Yuan Zheng 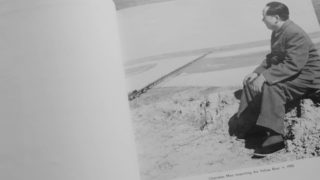 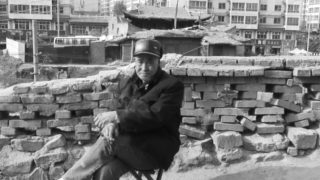