Filmmaker Karim Kassem undertakes a journey from New York to Beirut. Between the difficulty of returning home, a chronic illness and research for a future film, he depicts the situation in Lebanon through a multiplicity of encounters. An essay teeming with narratives, Only the Winds scrutinises the metaphysics of being and the meaning of our time on earth.

After living in New York for a few years, Karim Kassem undertakes a journey to Beirut. This return to his native land is not without obstacles. In addition to the difficulty of regaining an understanding of the territory, a chronic illness has temporarily blinded him. In the labyrinth of the city, the filmmaker reconnects with certain acquaintances and asks them about the country’s current political situation. He also takes advantage of this healing time to write a new film, which leads him to an institute for the blind. Here, he visits the classrooms in search of his characters and gradually befriends Lyne, a young ten-year-old girl. Comparing the blindness of the residents to that of the entire country, one which sentences such a community to the margins, the film develops a political metaphor. Thus, multiplying the narrative strata, Karim Kassem produces an introspective essay teeming with ideas. As much a portrait of a country fallen into a state of dilapidation as a metaphysical study of the nature of our beings, Only the Winds scrutinises the meaning of our time on earth.

Q&A Only the Winds | Karim Kassem 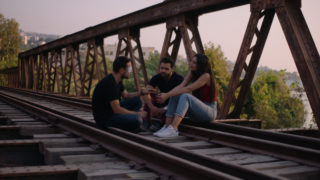 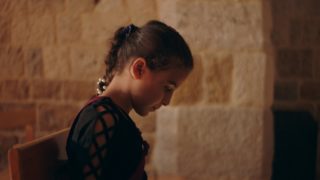