In the 1970s, the district surrounding the Brussels-North railway station was entirely destroyed to give way to a largely unsuccessful urban planning project. By bringing together real people and the actors who play them, the film brilliantly deals with the relationships of power between the protagonists involved in the re-development of a zone with many political and social issues.

In the 1970s, the district around the Bruxelles-Nord rail station was entirely destroyed and its inhabitants displaced to make way for the “Little Manhattan” project, a modernist dream with a replica of the World Trade Center towers as its crown jewel. For many years, the enormous buildings remained largely unoccupied, and the district gained a reputation as a ghost town. Today, new inhabitants occupy the premises, and their presence raises major urbanistic questions. Unveiling and circumventing its own cinematographical process, WTC A Love Story explores the relationships of power between those protagonists involved in the re-development of a zone riddled with political and social issues. Staging encounters between real people and the actors playing them on screen, Lietje Bauwens and Wouter de Raeve delicately expose how certain voices prevail when the representation processes are accelerated not only by the presence of a camera but, above all, by personal, institutional or state ambitions. 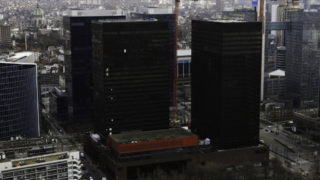 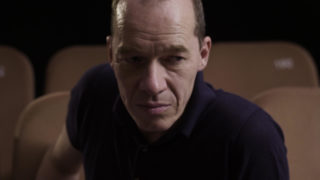