Director Natalia Garayalde was 12 years old when the Río Tercero munitions factory in Argentina exploded in 1995. Equipped with her father’s camcorder, along with her younger brother, she documents the scale of the disaster in their town. 20 years later, she digs out these archives and uses new ones to retrace this attack by the State, the smell of ammonia of which still fills the air.

Natalia Garayalde is 12 years old in 1995. With her father’s camcorder, she films her family’s life, a happy household in the Argentinian city of Río Tercero. A place particularly renowned for its military munitions factory, which employs a large portion of its inhabitants. In November 1995, the factory explodes, riddling the town with shrapnel and blowing up the surrounding houses. The young girl and her brother then document the disaster, somewhat excited at the idea of being at the heart of a national tragedy. And without knowing that a family drama had begun that November day. 20 years later, she rediscovers these cassettes and turns them into a film, augmented with other amateur films and national and televisual archives. She revisits her own images with modesty, deciphering what she and others could not confirm at the time: a sordid attack by the State that served to dispose of the traces of illegal arms sales to Croatia and Ecuador between 1991 and 1995. A crime that still leaves traces of ammonia and white phosphorus from the shrapnel floating in the air and in the blood of her loved ones. 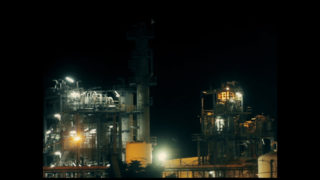 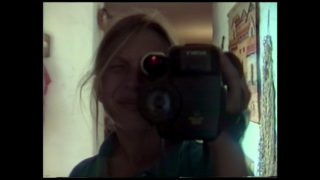