The impeachment process of President Dilma Rousseff was kickstarted by the speaker of Brazil’s lower house of Congress, Eduardo Cunha, charged for pocketing at least 40 million dollars in a plot at the state-owned oil company Petrobras. Cunha, with the help of Michel Temer, acting president of Brazil, started the impeachment process after the decision made by government allies that they would not prevent investigations in the Congressional ethics committee that could lead to his ousting. Therefore, Cunha accused Rousseff of being involved in corrupted arrangements. The first charge was based on delays in transferring resources to public banks. The second was about budgetary decrees. Dilma Rousseff, daughter of a Bulgarian immigrant, was the first woman democratically elected to hold the Brazilian presidency. Jailed and tortured from 1970 to 1972 under the military dictatorship, she has become a symbol for the quest of democracy of the Brazilian people. Maria Augusta Ramos films the trial that led to her impeachment with a powerful energy that recalls the very best political thrillers of the seventies. 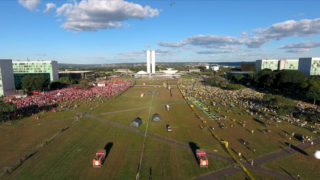 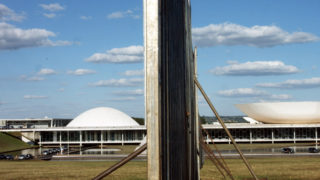 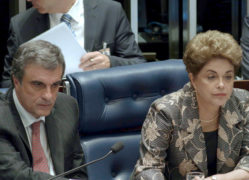