“Only ...ism can save China”. Rain and time have erased part of this phrase painted on the façade of a house in a small village in the Chinese countryside. Facing the camera, the old woman who lives here tells the story of her deceased son and, through him, a little of her country’s history. But is it possible to fill the gap left by communism in Chinese society? Does the word itself still hold the same meaning for the different generations?
In the village, a small 14-year-old girl paints her bright interpretation of the landscape on the walls: an enormous red sun, a village in springtime, Little Red Riding Hood and the witch swapping their dreams. A possible way, for the coming generation, to fill this semantic space left empty by communism.
Zhang Mengqi delivers the seventh part of the series made about this small village 47 km from Suizhou, taking the vacuum as the starting point for political and cinematographical reflection. A personal and attentive perspective on the territory, which articulates the memory of a disappearing generation and the hopes of the one to come. 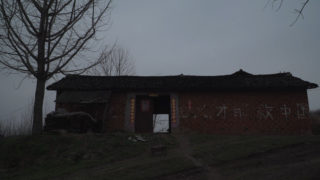 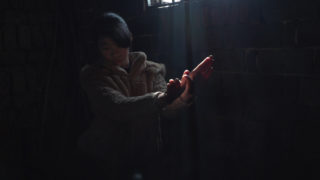