Third part of The American West Trilogy - the other two parts being Nome Road System and Milltown, Montana (VdR, 2010) -, the film is a poignant and multi-layered portrait of the life and landscape of the Mojave Desert. Structured in a loose way, that almost allows comparisons to John Fahey’s spare fingerpicking, like a skeletal blues lost in time, the film observes how life weaves itself in and outside the texture of an American life that the ideology of neo-liberal policies has completely forgotten. The voice of poet and inmate Stanley “Spoon” Jackson, who began serving a life sentence without possibility of parole in 1977 and has since then served time in more than a half dozen California state prisons, reads excerpts from his autobiography By Heart while images of a world suspended drenched in pure American mythology are intercut, drowned in the brutal reality and consequences of ruthless financial politics. Barstow, California is truly the other side of the American dream. 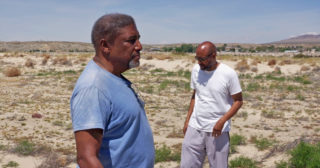 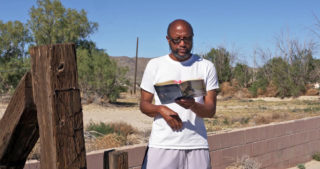