Aisku, Elsa and Alisa come from different family backgrounds. They are young girls with a passion for hobby horses: a game that is traditionally for smaller children which consists of imitating the movement of the animal by sitting astride a stick embellished with a horse’s head in fabric, trotting, galloping, and sometimes even jumping over obstacles during competitions. This toy has become a sub-culture in Finland that attracts the mockery of others but is also the soul of a mutually supportive community: preteens have now unofficially organised on the social networks and have decided to take a stand. The hobby horse revolution is underway. After her very delicate Laulu (Song) presented at VdR in 2014, Selma Vilhunen, who has moreover already been nominated for the Oscars, delivers a joyful and touching film — which took the Grand Prix  in the National Competition at the Tampere Film Festival in Finland in March 2017 and constantly asks at what point do we become too old to have fun. 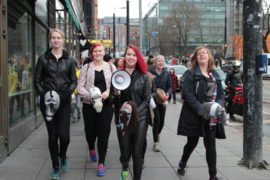 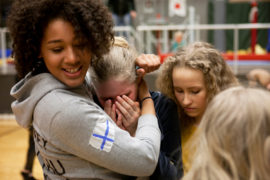