Held since 1983, the Spartathlon is a 246-km ultramarathon race following the identical route taken by an Athenian messenger sent to Sparta in 490 BC during the first Greco-Persian Wars, just before the Battle of Marathon opposing Athens and the Persians. Per Herodotus’ version, he left at dawn and managed to arrive at his destination before nightfall the following day; but it was in vain, the Spartans having refused their help. It is this exploit that the “marathoners” are attempting to reproduce, as they set off at the end of summer each year from the foot of the Acropolis to reach Sparta in 36 hours, which means an average speed of 7 kmph. Balazs Simonyi followed four of them, men and women, including himself, as he too participates in the race. Although Ultra respects the chronology of the long-distance run, the camera ventures into its side-lines, and films the athletes’ friends and family for whom the experience is also intense. The Spartathlon consequently resembles an individual and/or family psychodrama, in which the fact of “surpassing oneself” means physically testing the absurdity of our human condition. 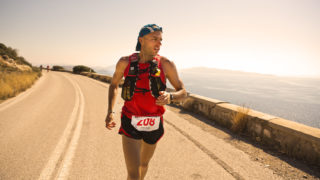 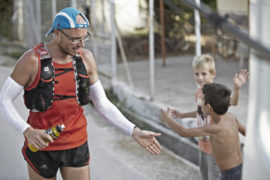