For a long time, Anita, Rita, Ricardo and Andrés have attended a school for children with Down syndrome. In this protected environment, which their families sought so that they would be able to approach life in a safe and quiet way, they met other children like them and learnt, among other things, to become pastry chefs. Today, they are almost all aged over 40, and baking cakes is no longer enough for them: they would like their own house, an independent life, maybe to get married and start a family. But, unfortunately for them, neither their parents, nor the society in which they live will grant them the fulfilment of their desires... They will remain under supervision forever. Once again, Maite Alberdi shows her capacity to capture all the secret souls of the world that she is filming. As already seen in The Lifeguard and Tea Time or in the short film I’m Not from Here (awarded at VdR 2016), she succeeds in imbuing her characters with every nuance through a fine complicity, a keen sense of observation and a particularly sensitive approach to the art of editing. 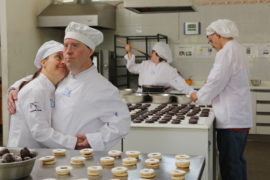 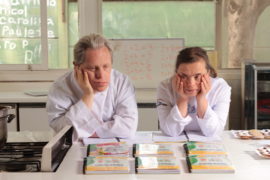